Can students get in trouble for kneeling during the national anthem?

As long as you aren’t causing a substantial disruption to the game, kneeling during the anthem is protected by the First Amendment. 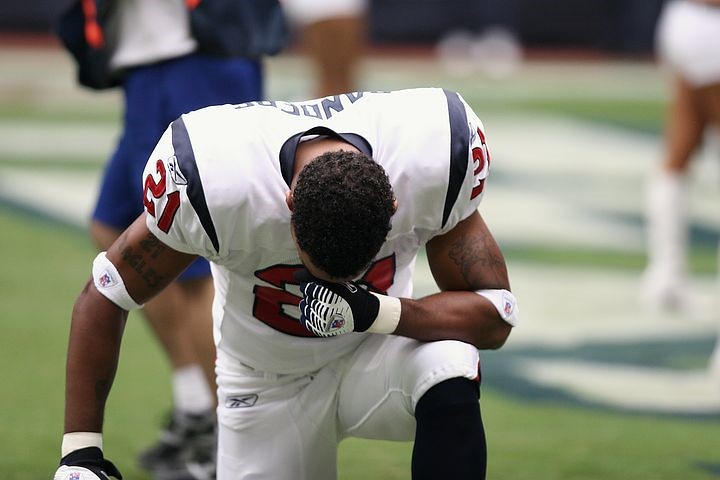 As long as you aren’t causing a substantial disruption to the game, kneeling during the anthem is protected by the First Amendment. Taking a knee during the playing of the national anthem in support of a cause you believe in is considered a peaceful protest. Beyond that, it also is considered political speech, which is the most protected form of speech under the First Amendment. Although students may not have all of the same First Amendment rights as adults, this type of protest is highly protected, even more so for students at a public school than for players in the NFL.

So is any type of protest during the national anthem at a public school game protected?

It’s important to keep in mind that you only get this protection if you’re not causing a disruption to the game. If you kneel in the middle of the field and refuse to get up to let the game start, or if you take the microphone away from the anthem singer to make a speech about your cause, you probably would not be protected. Also, be aware that you can’t force anyone else to participate in the protest with you. But as long as your protest consists of silently kneeling during the national anthem, this passive action will be highly protected under the First Amendment.

What if I'm not causing a substantial disruption but other people react to my actions and cause a disruption?


Of course, there are likely to be people in the crowd who don’t agree with your actions. Even if they start getting riled up, that isn’t enough of a reason for the school to punish you or stop your protest—this is known as heckler’s veto. Speech is not considered a substantial disruption if those that hear it cause their own disruption as a result. As long as the speech itself isn’t causing the disruption, it will be protected, regardless of how other people react to it.

Why are NFL players getting in trouble if this is protected speech? 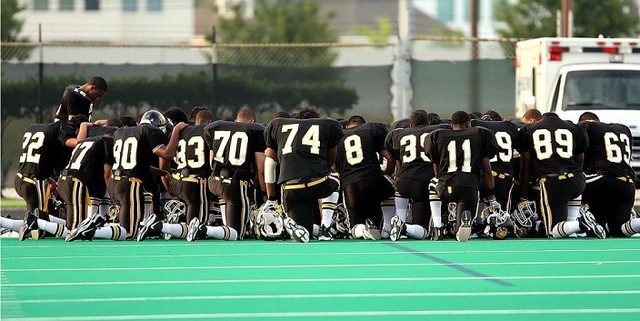 You may have noticed that a lot of NFL players have gotten in trouble for kneeling during the national anthem. You might think this is strange since we just said that this type of protest is protected speech. But when it comes to protests, there’s a big difference between students at a public high school and professional NFL players. And it’s a whole other ball game—pun very much intended—for students at a private school because their situation is more similar to the NFL players.

What's the difference between protests at an NFL game and a public school?

By comparison, players in the NFL are working for a private company. This means that the First Amendment doesn’t protect them against any decisions made by their employer, the NFL. In other words, the NFL can’t violate players' First Amendment rights, and this is why teams can fire players for kneeling. This same argument would also apply to private schools, who could suspend student athletes for kneeling during the national anthem.

It might also be the case that the players signed a contract about keeping their behavior professional. So players in the NFL who kneel during the Anthem might be breaking that agreement. Many schools also hold their athletes to a higher standard of behavior than normal students. This includes sometimes having them sign agreements that they will act professionally and respectfully or risk being disciplined and potentially kicked off the team. While those contracts probably aren’t enough to overpower your First Amendment rights, they might cause a problem for student athletes who want to participate in a protest.