Can I get in trouble for publishing student quotes in an article when the student and student’s parents sign a release form, but then the parents object to the use of the quotes?

Question | Privacy
I wrote an article for my school newspaper about a student’s experience at parties with drinking. I had both the student and the student’s parents sign the paper’s release form, saying that the quotes would be used in an article and that the paper would be distributed in the school and in the community. However, the mom didn’t like the way the quotes “portrayed” her daughter. I eventually used different quotes just to make the publication deadline. Would I have been in trouble if I published the original quotes I selected?

No. You should be fully protected from this kind of challenge by a parent 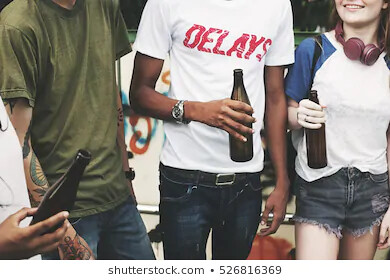 1) the journalist shared the facts publicly

Okay, so the mother may be able to prove that information about her daughter’s drinking was private and not open to the public because if it wasn’t for your article, no one would have known about it. The mother also may be able to prove that revealing facts about her daughter’s drinking would be highly offensive to a reasonable person—most of society looks down on underage drinking. But the mother would have a hard time proving that the article is of no legitimate public concern. Underage drinking is a crime, and reporting crime is always considered newsworthy, so that makes the content of the article of public concern. Since the mother would be unable to prove all of the elements of publication of private facts, it’s likely the mother would fail if she brought a lawsuit.

This is a lot of “if’s” you’re talking about here—what if the mom proves all factors for publication of private facts?

Never fear! Consent is a total defense to lawsuits for invasion of privacy. A minor can give consent as long as she understands what she is consenting to and understands the implications and consequences of what she is consenting to. Consent is also limited to the particular, or similar, conduct that is agreed to. A student journalist must stay within these requirements. In this case described above, as long as the student journalist only used the quotes in relation to an article about teen drinking at parties, the student has not violated the scope of the consent.