Can school administrators take my phone and go through my personal information on my phone?

Question | Privacy
My history class is super boring, and I already finished my work so I was checking Twitter at the very end of class. Technically, the bell had not rung yet, so I got in trouble for being on my phone during class. When my teacher tried to take my phone, I complained and didn’t want to give it to her. Because I complained about my teacher taking my phone, my principal decided that he had the power to go through my phone because my school has this policy where they can go through a student’s phone if that student was on their phone during class and the student was “openly defiant” about the teacher taking it. Can they take my phone at all, let alone go through my personal information on my phone, such as my social media and text messages?

School administrators do not have the right to search a student’s phone if a student is caught using their phone during class, even if that student protests its taking. 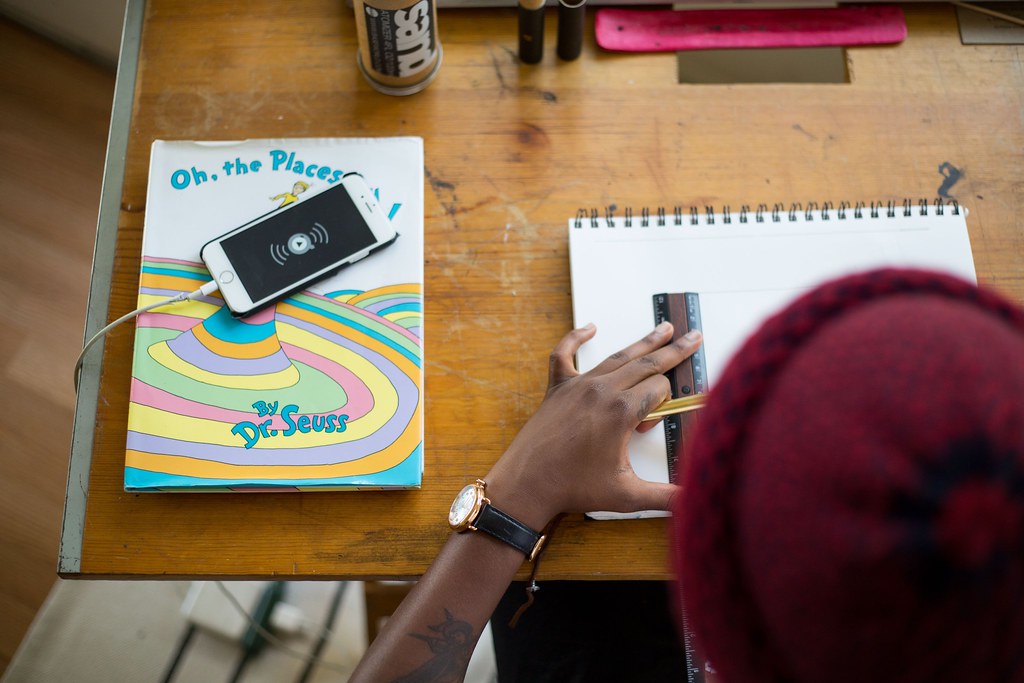 First, let’s make it clear that any school’s policy to confiscate phones from students who use them during class is totally valid. When students use their phones during class, their learning is disrupted because they are not paying attention to the material being taught, and a school policy limiting disruption in the classroom is almost always going to be permitted. So, even though your history class may be super boring, it’s actually really important and you shouldn’t be on your phone during the class.

However, school administrators going through students’ phones is a different story. It is unlikely that school officials have the appropriate “reasonable suspicion” under the Fourth Amendment of the U.S. Constitution to search a student’s cell phone based solely on that student’s use of their phone during class and their defiant, don’t-mess-with-me attitude. The Fourth Amendment protects individuals from unreasonable searches and seizures and is an important part of the Bill of Rights. It protects us from law enforcement searching our personal belongings. This amendment is the reason behind this “reasonable suspicion requirement” for school administrators before they search your things, meaning that there must be a likelihood that confiscating the device and searching it will uncover evidence of further wrongdoing or of injury to another student or individual. Because someone can be openly defiant only one time, there may be no evidence of further wrongdoing. Thus, that kind of behavior lacks reasonable suspicion

It is also unlikely that school officials can just look through a student’s private social media accounts on that student’s phone. State laws, like the Michigan Internet Privacy Protection Act, suggest that school administrators can look at or access a student’s account only if the information is not protected or available via a public account. Everyone has a right to their private information, so school administrators cannot view things like text messages, emails, photographs, or other private information that the public does not have access to on a student’s phone without consent. On the other hand, school authorities do not violate your privacy rights if they only go through your public social media accounts. Once you post something online that everyone can see, like your medical information or problems with your relationship, it is no longer your private information. So, while it does not change that the school does not have the right to go through students’ phones without reasonable suspicion, even if school authorities did so, the school would not be getting into private information if they only accessed public social media accounts.

Am I constitutionally protected from this kind of search and seizure? 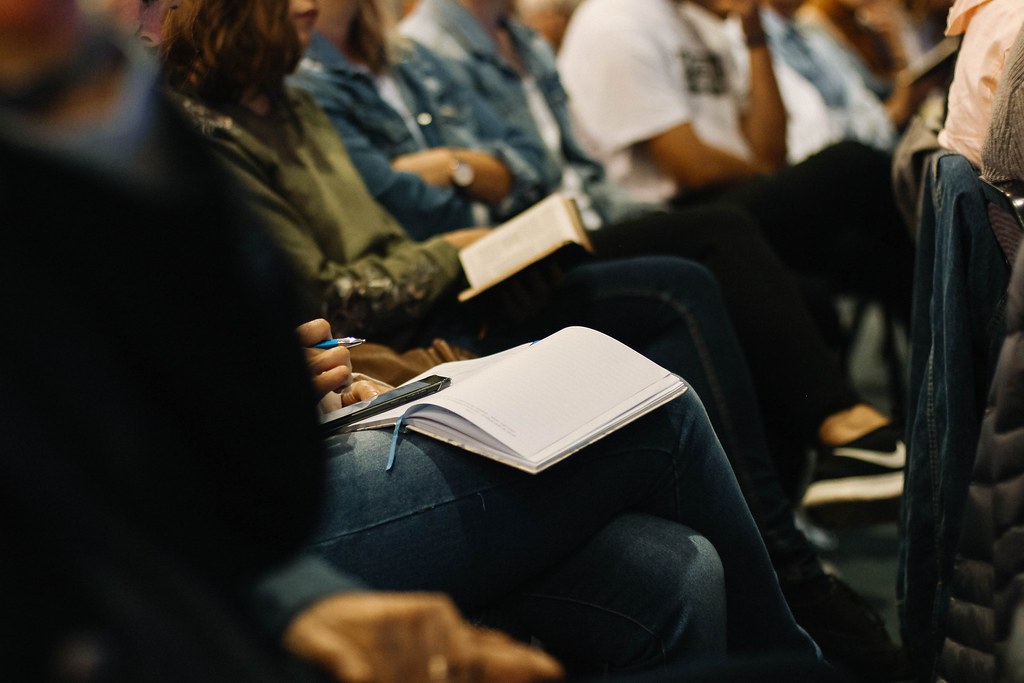 You betcha! The confiscation and searching of a student’s cell phone based on open defiance, or in other words the student firmly protesting the taking of their phone, likely constitutes an “unreasonable search” for the purposes of the Fourth Amendment. Because let’s be honest, who wouldn’t protest if someone took their phone? It’s got all your social media, the text messages with your friends, and all your personal pictures on it. It’s pretty reasonable that someone would be upset if a teacher took their phone, and especially if that teacher planned on going through the phone.

Just like with other constitutional rights in school, the rights given to you by the Fourth Amendment are generally more restricted in the school setting. But, they are definitely still there. Before a school official can search a student’s cell phone, the search must be reasonable from the beginning, and it also must be reasonable in what is being searched for.

So, what exactly is “reasonable suspicion”?

Something is reasonable at the beginning if there is a strong chance that a search will uncover evidence of some kind of mischievous wrongdoing or injury to another student or someone else. Remember that the safety of students is incredibly important to a school. Either way, regardless of what school authorities find on a student’s phone, courts are only going to consider what officials knew at the START of the search.

In the context of the school policy allowing the seizure of a phone if a student is openly defiant about its taking, “open defiance” occurs simply whenever a student protests the confiscation of their cell phone. In such a case, the only wrongdoing is the fact that a student had their phone out during class in violation of a school policy. There is nothing majorly illegal or wrong about that. In fact, courts have said that even when the use of a cell phone violates school policy, such use does not automatically trigger a never-ending, unlimited right for school officials to search for whatever they want on the phone.

Alright, now what about the reasonableness of the limits of the search?

Let’s be real, without the Internet, searching through a phone back in the day was definitely intrusive, but that search was also limited to phone and text message records. Now, with smartphones, a user has instant access to multiple personal Internet accounts, social media profiles, and email accounts, just to name a few possibilities. If a school administrator possesses all that information, they would be able to learn almost anything about a student. It might be near impossible for a search of a smartphone to have a narrow scope, and while that may be a problem for the school, that’s one point in your favor as a student.

Well, what about students’ backpacks, lockers, and other personal possessions? The short answer is that backpacks are very similar to phones in that they are a student’s personal property, and school authorities would need reasonable suspicion to search them. On the other hand, if a school wanted to search a student’s locker, they likely have the authority to do so because the locker is the school’s property. For a more in depth explanation of searches and seizures of student property at school and the Fourth Amendment, see our Q&A on searching student belongings.

You mentioned the Michigan Internet Privacy Protection Act before. How does that help me?

The Michigan Internet Privacy Protection Act prevents educational institutions, like public schools, from doing a lot of things. Many states, such as Maryland, Illinois, and California, have laws just like it. These laws can prevent schools from asking for permission from current or prospective students to spy on them by giving access to their personal Internet accounts. Moreover, it can protect students from being expelled or disciplined for saying “No” to administrators when they try to get students to help them gain access to any student’s personal Internet account.

Now, this isn’t 100% foolproof. It’s only fair for us to let you know that this protection does not count for information that is public, which is discussed above briefly. It also does not protect students if the accounts, computers, or phones they are using were paid for or provided by the school. Those nifty iPads and computers that students may have gotten from the school for homework? Yeah, school administrators can definitely search those. It might be time to be careful about what you’re searching on Google on school provided devices. Do you want school administrators to know you have been on Grindr or a sexual website? Probably not, so don’t use school-provided technology to be on these kinds of sites.

However, the situation we’re talking about in this scenario looks like it falls into the areas of protection we mentioned. Therefore, not only can the school not search a student’s phone for being openly defiant, but school officials cannot access any account that has passwords and usernames protecting it. Finally, if a student’s phone has password protection, that extra security step can help students receive legal protection.