Can a school make a student take off a hijab to compete in a sporting event?

Question | Student Expression
I run cross country and one of my teammates wears a hijab. One time at a meet, a coach told her that she had to take it off if she wanted to compete. Can a school make her do that?

No, a school can’t force a student to take off a hijab to participate in a sporting event. 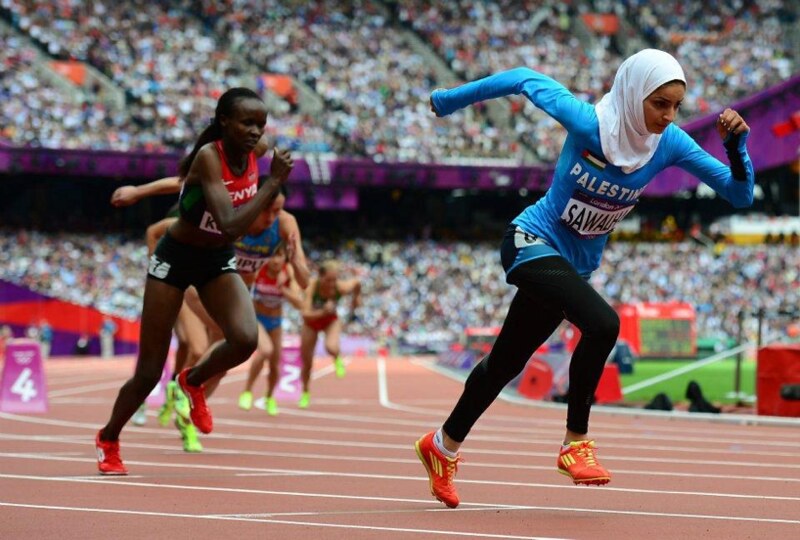 Safety Issues with Hijabs in Sports

Of course, one reason the coach might have asked her not to wear her hijab is for her own safety while playing the sport. For example, if she can’t see clearly while wearing the hijab, or it gets in the way of her ability to run or jump, the headscarf could be a safety risk. Because cross country isn’t a contact sport, there probably isn’t much of a safety risk for wearing a hijab while running, but it could be more of an issue for sports like basketball, rugby, lacrosse or soccer.

To lower these risks, the student could buy a hijab specifically tailored for sports. Companies like Capsters, Friniggi, ResportOn, Queendom Athletic Basics, and Oola Sports make a wide line of sport hijabs. Runner, Woroud Sawalha of Palestine, caught the world’s attention when she wore a hijab while competing in the 2012 Summer Olympics. Olympic fencer Ibtijaj Muhammad made history in the Summer 2016 games for being the first American to compete in the Olympics while wearing a hijab. Figure skater Zahra Lari of the United Arab Emirates wore a hijab in the qualifying round for 2018 Winter Olympics. If Olympic athletes are allowed to wear hijabs while competing, it shouldn’t be a problem for high school students!

Reaching out to Coaches and Athletic Departments

It’s always a good idea to take steps before the competition to make sure the school will respect your right to wear religious symbols while competing in sports. Here are some things you can do before game day:

Laws and Rules about Hijabs in Sports 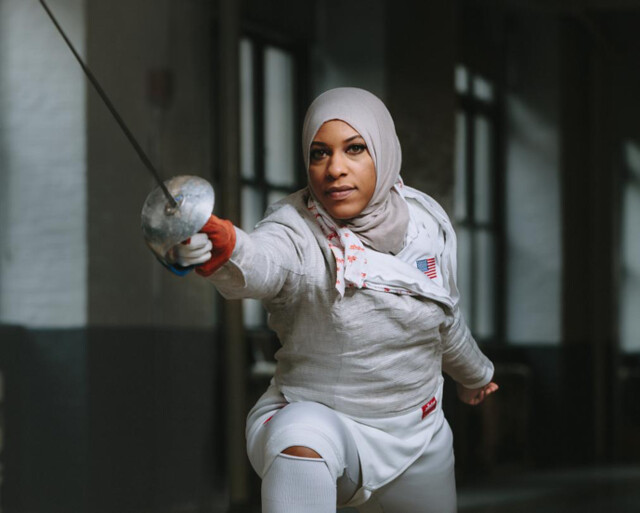 The National Federation of State High School Associations (NFHS) sets standards for uniforms and headwear in high schools across the country. Each state uses those guidelines when making their own rulebooks. The NFHS Cross Country Uniform Rules don’t have a set rule on whether or not students can wear religious head coverings (like a hijab) at meets. Since there’s no crystal clear rule, it would be smart to send a quick email or letter to the relevant high school athletic association before a meet, just to make sure there aren’t any issues during the event! The letter should let the association know about the student’s hijab, including explaining the religious purpose for wearing the head covering in case the reader doesn’t know. Then you can ask that she be allowed to wear the hijab during the cross country meet for religious purposes. In Michigan, for example, most of these requests are granted. A copy of the letter and any permission from the high school athletic association should be kept by your coach and taken to all of the cross country meets as proof in case her hijab is challenged by a different team.

You also might want to look into the Religious Freedom Restoration Act (RFRA). This law is all about the protection of a person’s religion and stops any agency, department, or U.S. government official from interfering with your exercise of religion. The law uses a three-part test to decide if the government is illegally interfering with your free exercise of religion:

If the government can prove that it had a good reason for interfering with your religious practice and that there was no better way to meet the same goal, the government might be allowed to interfere with your right to practice religion.

The downside to this law is that it’s a federal law that the U.S. Supreme Court said doesn’t apply to states. Luckily, some states have been making up their own versions of RFRA! About 20 states have passed these laws, but each state’s version might be a little different than the last. So, it’s still a good idea to send that quick email or letter to your the high school athletic association to avoid any problems.