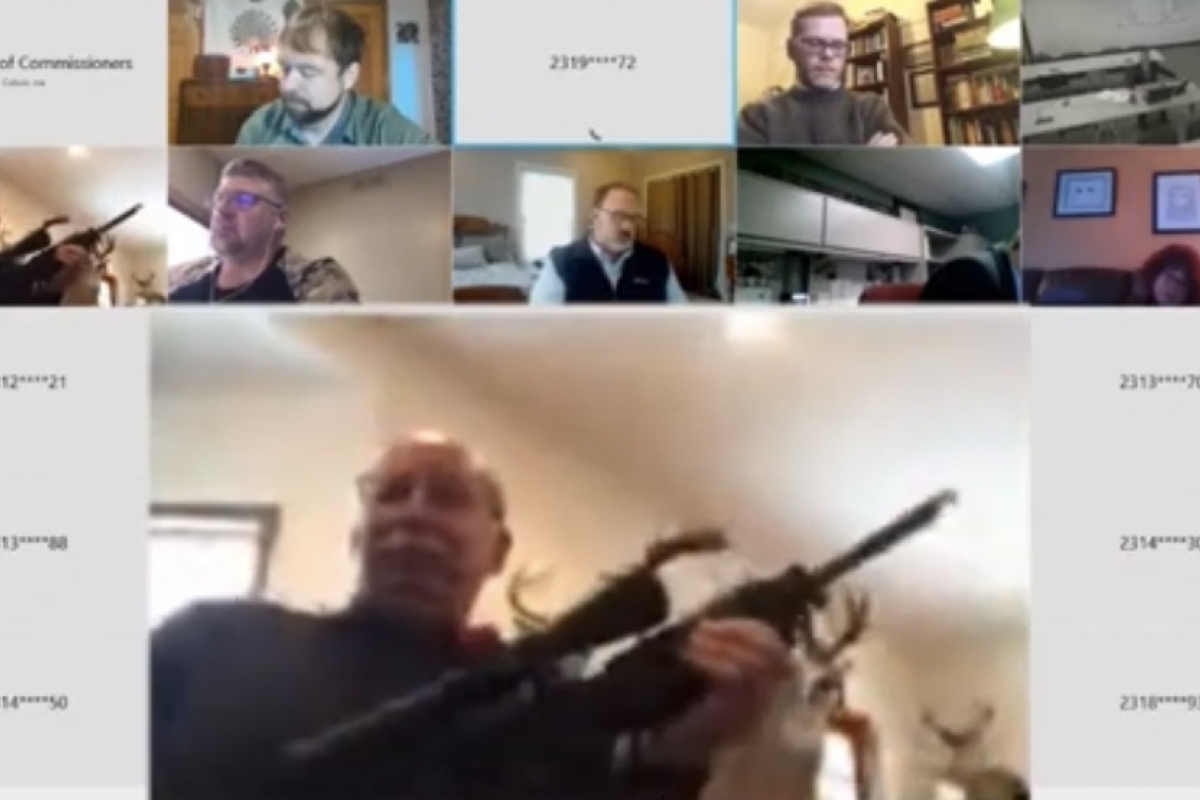 Earlier this year, a few weeks after the riots on the U.S. Capitol, Grand Traverse County Commissioners in Michigan held a public meeting online via Zoom. County resident Patricia MacIntosh criticized the Commission’s decision to make the county a gun sanctuary and asked the county to denounce the Proud Boys, a far-right organization that engages in political violence. As McIntosh spoke, County Commissioner, Ron Clous, left his screen and returned a few moments later with a rifle in his hands and flashed it in front of the screen. Macintosh is now suing the county, arguing that her First Amendment rights were violated. Although there was no risk of being shot during a Zoom meeting, MacIntosh believes the commissioner’s brandishing of a rifle was a threat and she is intimidated from speaking further to the Commission about any public concern for fear of violent backlash.

Click on the “Read the Full Story” for more information about how this situation involves the First Amendment, what MacIntosh would need to win a lawsuit, and whether Clous has any defense arguments.