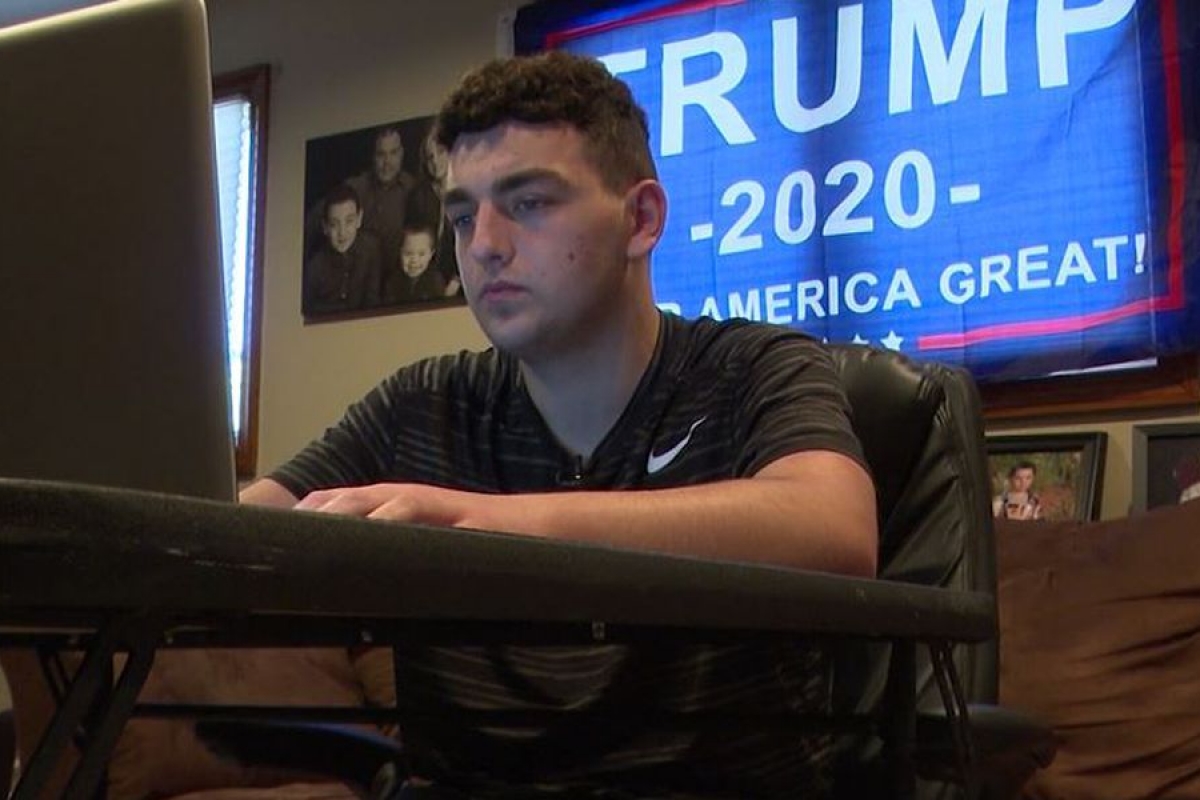 During virtual class, a New Jersey high school student was forced to remove a flag hanging on the wall that supported Donald Trump.

While attending virtual chemistry class from his home, a high school student in New Jersey was asked to remove a Trump flag that was visible on the wall behind him. The teacher informed the student that the flag was unacceptable and requested that the student either take down the flag or leave class. The student chose to leave class. This incident was not the first time the student had been requested to remove the flag. The same thing happened in a different class the following day, but that time, the student did in fact remove the flag fearing that his grades would be negatively impacted. Now, the student and his family want an apology from the school district for taking the student away from his studies and for suppressing his speech. Due to the unprecedented times, the law regarding this question—that is, whether school authorities have the right to ask students to remove political speech from their own homes during virtual class—is largely unsettled. While students certainly do have First Amendment rights during virtual class, the issue could turn on how disruptive the speech is, and whether the school district bans political speech expressed by students no matter its content, or no matter what political party or presidential candidate is being favored. Conducting school by Zoom class poses interesting questions. In a Zoom class, is the student in the privacy of her home where the government cannot regulate speech, or a virtual school where school administrators can censor speech?